South Sound FC gets the first kick in the NWPL with a 1 PM May 1st match against the Twin City Union.

BREMERTON, WA— We are about to find out how deep the talent of adult elite female players is in the state of Washington. The Northwest Premier League kicks off May 1st and suddenly there are around 150 roster spots that didn’t exist before.

The debut of a statewide women’s soccer league comes as the sport of soccer is making headlines world-wide on the women’s side. The US Women are defending FIFA World Cup Champions. They also have a group of players leading the charge for equal pay for women in that same National Team. In Washington the Seattle Reign of the National Women’s Soccer League (NWSL) are two-time finalists with an all-star roster and a growing fan base. The college game is also in good shape with multiple programs making post-season play. The Women’s Premier Soccer League (WPSL) has three teams in the state: Sounders Women, OSA FC and Issaquah Gunners. Now along comes the NWPL, with seven teams in Washington, ready to test the level of talent and community involvement our state can deliver.

The NWPL was born out of similar desires to the Evergreen Premier League (EPLWA), the men’s adult elite amateur state league in Washington. Pretty simple: local clubs, local players, doable costs, and chances to play, coach and cheer. Bill Wright and Micah McMonagle spent last season guiding the Olympic Force through the WPSL. After seeing a season of the Force Men in the EPLWA, Wright and McMonagle wondered if the state was ready for a women’s league like the NWPL. The Force wanted to keep their women’s program going, but the WPSL league fees and travel costs seemed daunting. Then there was the chance to grow the game.

“The NWPL is introducing new teams to the state for women’s soccer that did not exist before,” says Wright, owner of the Force. “These are all new leagues (NWPL, EPLWA) that tackle a missing element and have introduced teams that did not previously exist.  All of these teams have their place and successes.  The EPLWA has players playing in D-1 schools and others have played up to new teams from there.  WISL players have played in the MASL.  NWPL players will be made up of D-1 players as well as those that have graduated and still enjoy the game at a higher level.” 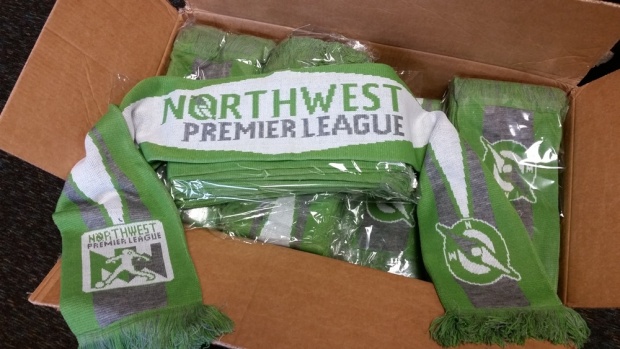 Force GM Micah McMonagle has been working to make the NWPL a reality, coordinating with the EPLWA so that the teams involved in both leagues could host double headers.  If Washington was its own country, it would fit right in to how football is developed around the world. “All you have to do is look across the Atlantic to the English Premier League to see why this is important,” McMonagle says. “Players blossom at different times.  They always have, at every sport.  Wayne Rooney burst onto the scene as a 16 year old kid and couldn’t be stopped by anyone but his own temper.  Fast forward 18 years and you see Jamie Vardy, a no-name late bloomer, who has all the sudden snatched the stardom within the league.  I would guess that without all the different levels of play available in England, he probably wouldn’t be where he is today.  He was able to keep playing and keep trying because of the available levels for him to do so.  That’s what we are trying to provide and why leagues like the EPLWA and NWPL are important.  Flat out, it gives good players a chance to play good ball.  In the end, it provides the community with a chance to support their local players and gives those players an opportunity to better themselves as people and as players.”

The Evergreen Premier League has surprised even the biggest doubters with a higher standard of play than might have been hoped for. Players are here, and they are pretty good, it turns out. Now the women are getting their chance.

On May 1st the NWPL kicks off with three matches. South Sound FC hosts Twin City Union at 1 PM at Harry Lang Stadium in Lakewood. Yakima United hosts the Spokane Shadow at 2 PM at Marquette Stadium. Seattle Stars FC host the Olympic Force at 3:30 PM at French Field in Kent. The matches are for keeps, the scores matter, the points count. The Evergreen State kicks on.